For administering the single parts of the stop motion project a special tool tab. exists in the user interface of qStopMotion.

If it supports the camera, the picture which sees the camera live can be indicated in qStopMotion.

In the live picture the last pictures can be faded in as a shade. Thus it is possible to pursue the change with the animation between the single settings exactly.

The pictures indicated in the Live-View can be taken over with the admission badge in the project. Besides, it can be chosen whether the new pictures should be inserted before or behind the last picture or should be attached to the end of the topical admission.

If frames have been already taken up without qStopMotion, these can be imported in the stop motion project.

The stop motion project can be given in a video clip. Besides it, can be chosen between different video-formats and picture repeat rates. 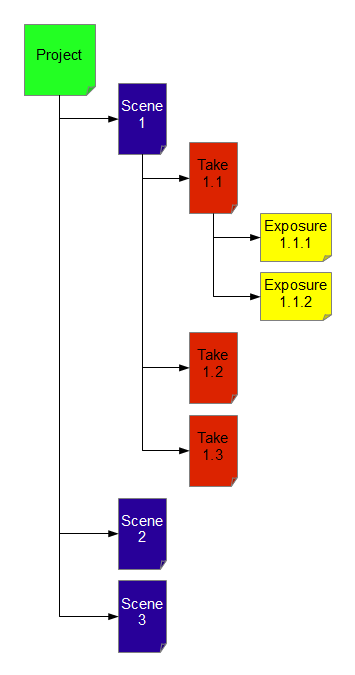